Onions and tomatoes will all prefer to stay at room temp. Tomatoes especially will begin to get mealy if stored any colder than 55 degrees. The squash, zucchini, cucumbers, eggplant, and peppers like to be cool but not cold. They can be stored at room temp if you’ll be eating them fairly soon, otherwise put them sealed up in the fridge if you won’t be getting to them for a few days.

Everything will need a gentle washing before cooking, but leave the dirt on until you’re ready to use them to prevent faster spoilage.

We’d love to hear stories and recipes of your culinary adventures this week. Send us a note or post a comment of how you’ve used your CSA share. 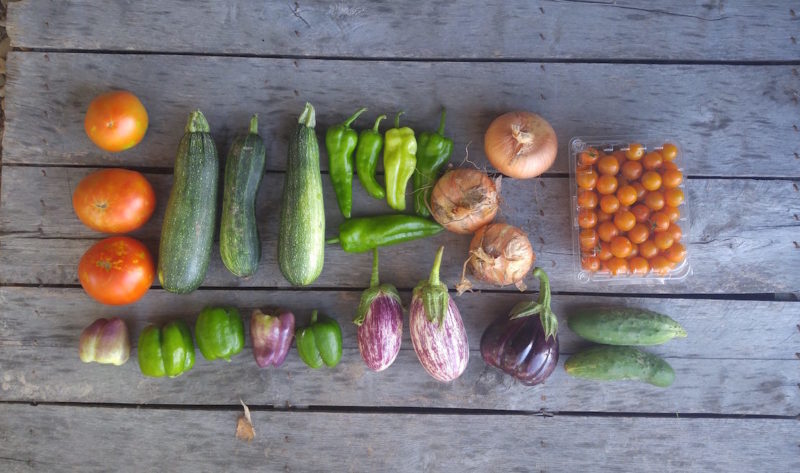 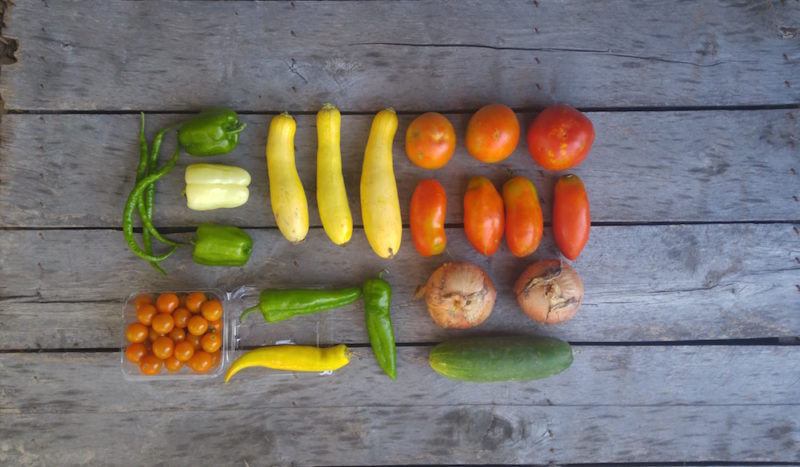