Summer is trucking along. A few crops are just coming into season (okra!) but several others are in their annual decline (tomatoes, squash, zucchini). We think we’ve got another week or two worth of great crops to send to you, but the Summer season’s end is inching closer, and is almost within sight. We’ll see what the garden does.

It’s time for us to switch gears in the fields and focus our attention on establishing fall crops.  Field prep is well underway with watering and tilling various zones (it’s so dusty out here this time of year we have to pre-moisten the soil to help weigh it down a bit, or else we lose loads of it to wind erosion when we plow.) and then we’ll apply compost and other soil amendments and start seeding. We’ve placed a couple of big seed orders for some fun fall varieties we’re really excited about.

If you’re wanting to keep the shares coming this fall, sign up for the next season! Registration is open and we still have plenty of room for you.

Now on to this week’s vegetable line-up:

Remember, tomatoes want to be at room temp, NOT in the fridge.  Onions also want room temp.  Keep them in a cool place on the counter. Your squash, zucchini, cucumbers, and peppers, will all last longest if stored in the fridge, although they are fine at room temp for a few days. Everything will need a gentle washing before cooking, but leave the dirt on until you’re ready to use them to prevent spoilage.

We’d love to hear stories and recipes of your culinary adventures this week. Send us a note or post a comment of how you’ve used your CSA share. 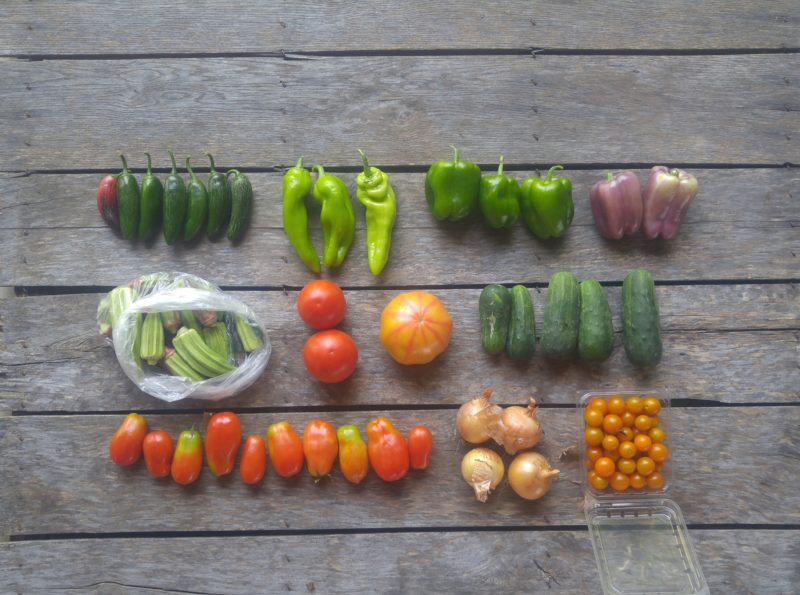 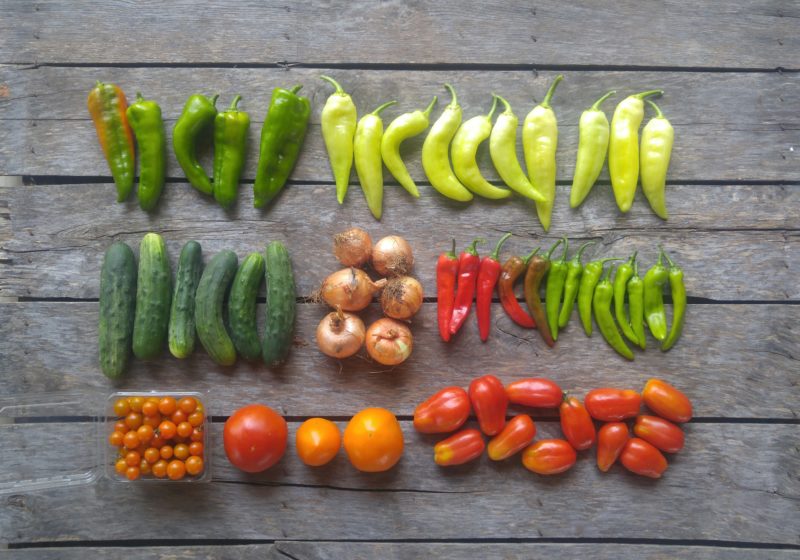