Welcome to this week’s CSA share. Here’s your vegetable line up:

As a general rule, wait to wash any veggies until you’re ready to use them to help retain nutrients and prevent spoilage from excess moisture.

Bell peppers, and jalapenos can be at room temp, especially if you’re going to use them up within a couple of days. If it will take you longer than a week to use them up, we suggest storing them in the fridge sealed up, along with your cucumbers and eggplant.

Onions like room temp, in a cool dark place.

Basil should not be refrigerated, as it will turn black below 50 degrees. Trim the stems daily and place in a glass of cool water on your counter to perk it back up and keep it fresh.

Thank you so much for being a part of our Summer CSA! 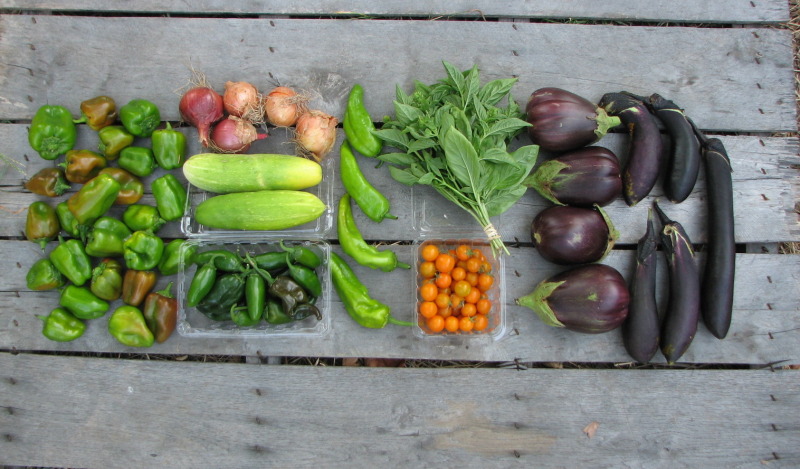 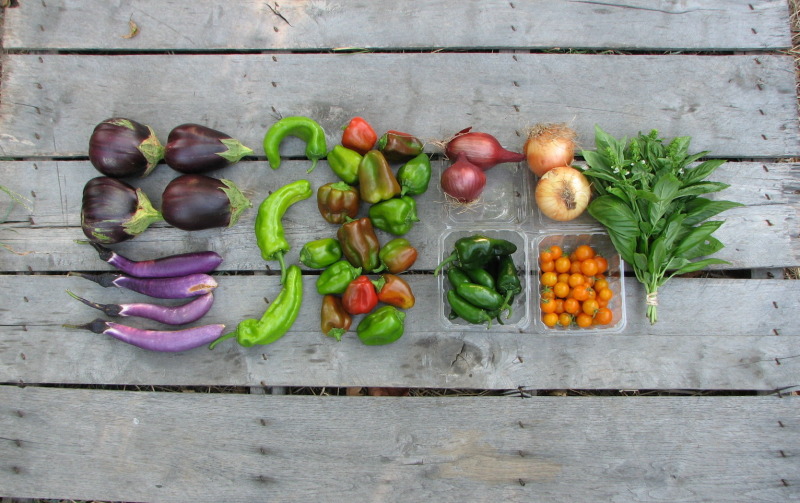